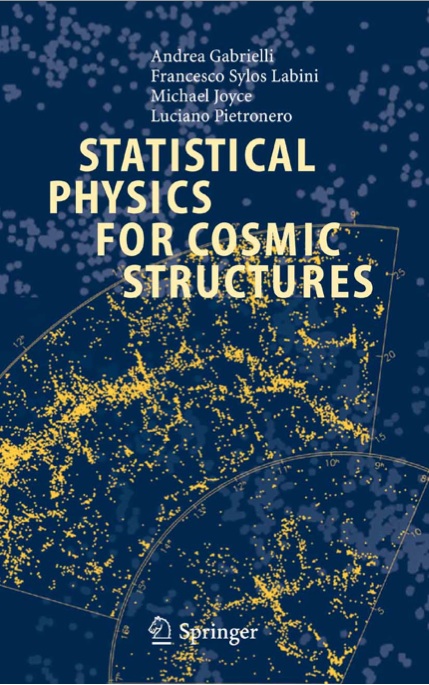 This book has its roots in a series of collaborations in the last decade at the interface between statistical physics and cosmology. The specific problem which initiated this research was the study of the clustering properties of galaxies as revealed by large redshift surveys, a context in which concepts of modern statistical physics (e.g. scale-invariance, fractality..) find ready application. In recent years we have considerably broadened the range of problems in cosmology which we have addressed, treating in particular more theoretical issues about the statistical properties of standard cosmological models. What is common to all this research, however, is that it is informed by a perspective and methodology which is that of statistical physics. We can say that, beyond its specific scientific content, this book has an underlying thesis: such interdisciplinary research is an exciting playground for statistical physics, and one which can bring new and useful insights into cosmology. The book does not represent a final point, but in our view, a marker in the development of this kind of research, which we believe can go very much further in the future. Indeed as we complete this book, new developments – which unfortunately we have not been able to include here – have been made on some of the themes described here. Our focus in this book is on the problem of structure in cosmology. Our aim is to elucidate what the principal concepts of modern statistical physics are in this context, and then to illustrate their application to specific aspects of this problem.

Reviews of the Book :