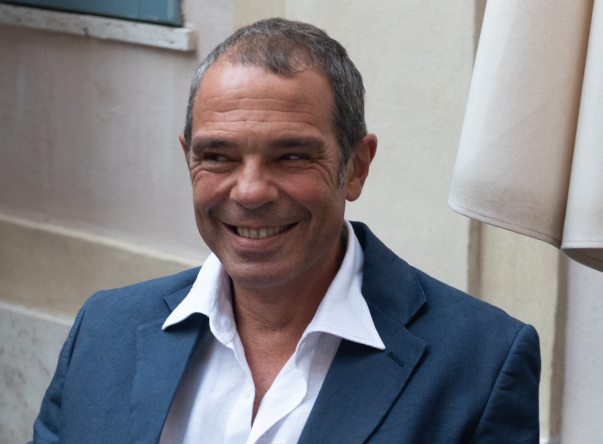 I am a theoretical physicist and my research activity includes subjects that are at the interface between complex systems, cosmology and gravitational dynamics. Besides physics I am interested in science policy and epistemology. My institutional webpage, where you find details about my scientific projects is here and I refer to that for all info about what I am currently working on. Hereafter a brief presentation also of my “other” activities.

I became staff researcher at the Enrico Fermi Research Center in 2010 and Reserach Director in 2020. I have been working  at the Institute for Complex Systems of the Italian National Research Council in Rome for about 15 years. In addition, I am an associated scientist at the Italian National Institute for Particles Physics (INFN). I have been for about 10 years at the University of Geneva and at the University of Paris XI where I have developed the core of my research activity. During my career I have collaborated with researchers from many different countries, including Europe, United States and Russia.

During my professional career have published more than 100 papers in peer-reviewed journals, and about 40 proceedings of international conferences and workshops. In addition, I have co-authored the technical monograph “Statistical Physics for Cosmic Structures” edited by Springer Verlag (2005) and the book “Dynamics and thermodynamics of system with long-range interactions” edited by the American Institute of Physics (2008). I have written several articles on science vulgarization on international and Italian journals (among which the Italian edition of Scientific American). Two covers of the scientific journal New Scientist have been dedicated to our works together with dedicated articles. I have been in the organizing committee of 11 international conferences and workshops, I was invited speaker at about 20 international conferences, 30 international workshops, and 20 national meetings. In addition, I have given more than 50 invited seminars at different institutions in Europe, US and Russia.

I am one of the editors of the blog Roars.it (Return On Academic Research and school) that I have co-founded on September 2011 together with other colleagues active both in the fields of natural sciences, social sciences and humanities. Roars is one the most important Italian forums for discussions on research and higher education policies. Since its inception we have published more than 4000 articles from more than 400 authors, receiving more than 50,000 comments and more than 24 million contacts with the daily average is more than 10 thousand visits. As was co-author, with the other editiors of Roars, of a book on the Italian university system that summarizes several years of activity of our blogRecently, the daily average is more than 10 thousand visits. We have about 5000 followers on Twitter and a Facebook group with more than 20,000 members. In the ranking of the most influential Italian Culture blogs, Roars  scores vey well. I am also an editor of the academic journal Roars Transaction that is a spin-off of the blog Roars, and it is dedicated to science policy and research evaluation. Together with the editors of Roars I have organized three meetings (here, here and here)  on science policy where both high-level academics and policy makers, from Italy and other European countries, have been invited to have an open confrontation. In addition I have recently (March, 2015) co-authored, together with the other editors of Roars, a book (“Università 3.0”, eCommons, Rome, 2015) about the problem of higher education and academic research in Italy and abroad.

Sometimes I write articles for the Italian daily Il Fatto Quotidiano.  In this daily it is based my own blog where  I discuss various subjects, ranging from science, science policy, research evaluations, politics, economics, etc. Concerning economics I am interested in its relation with epistemology and, clearly, complex systems. In the ranking of the most influential Italian Science blogs, mine is in a good position . I have contributed with both articles on science vulgarization and science policy to the online journal Scienza in Rete edited by the Italian highly cited scientists (“Gruppo 2003”), to Aspenia online, the web version of the quarterly journal Aspenia of the Italian Aspen Institute, to EuroScientist, the official publication of the EuroScience organization, and to the journal Research Europe devoted to discuss European science policy.

I have written the book Science and the Economic Crisis: impact on science, lessons from science (Springer 2016) that was published in Italian by Laterza  Previsioni e Rischio: cosa ci dice la scienza sulla crisi (Laterza 2016). You may see this section of my website.

I am a co-founder of the Paolo Sylos Labini Association (APSL) in memory of my father Paolo who was an economist known also for his sociological and political studies. We have built an online archive with some thousands entries of PSL works, including scientific papers, books and articles on dailies and journals. We have recently published an online book entitled “Lezioni di economia politica” (“Lectures of political economy” – re-edited by prof. Paolo Palazzi) that collects the lecture notes of PSL. Together with the APSL association I have organized several workshops, among which it is worth mentioning “Forecast: role and limits of science” where physicists, meteorologists, geologists, epidemiologists, economists and philosophers of science have discussed the different perspectives and methods to make previsions in their own fields and contexts. This workshop had a wide press coverage among which a dedicated issue of the Italian edition of “Scientific American”.  I was the editor of the book “Paolo Sylos Labini Economista e Cittadino” (“Paolo Sylos Labini, economist and civil servant”) , published by the Sapienza University Press (Rome, 2015), that collects a series of obituaries about my father Paolo.

I have been a co-author of the book “I ricercatori non crescono sugli alberi” (“Researchers do not grow on trees”) edited by Laterza (2010). This book, dedicated to the Italian research and university policy, has sold several thousands copies and received a wide attention from the media. Indeed, since 2010 I am often invited to popular TV and Radio broadcasts on the main national channels (RAI, La7, etc.) and I am interviewed on problems of research and university on the main national press (La Repubblica, Il Sole 24 ore, etc.). My slides on science policy and science vulgarization (on the web-site slideshare.net) have been viewed more than 30,000 times and  they are in the Top 5% of Most-Viewed on SlideShare.

I have been invited to several meetings in Italy, Spain, Denmark  and Portugal on science policy. In this respect it is worth mentioning the discussion at the Conference ESOF2014 where a dedicated session, in which I was an invited speaker along with other researchers and European policy makers, was devoted to “Is science contributing to the division of Europe or can it help secure a common future?” Recently I have written the scientific paper “The Scientific Competitiveness of Nations” on the analysis of the structure of nation research systems published by the peer-reviewed journal PLOSone. Since then I have developed a close collaboration with the group working on a bottom-up data driven approach to the economic analysis. In this respect I contribute to the scientific activities of the Economic-complexity group.

I have written the preface to several books, most notably the preface of the Italian translation of the book “Forecast: What Physics, Meteorology, and the Natural Sciences Can Teach Us About Economics” by physicist and Nature editorialist Mark Buchanan (see here for the English version)

Finally, on October 2014, I have co-authored the open letter “They have chosen ignorance” that had a widespread impact in Europe and had an international press coverage by both the main scientific journals (Nature, Science, New Scientist, etc.) and by the main European dailies such as: The Guardian, Le Monde, Liberation, El Pais, La Repubblica, Il Fatto Quotidiano, Left, El Mundo, El Periodico, Publico, Tovima, Tanea, Le Soir etc. The letter was signed (June 2014) by almost 20,000 persons and 36 institutions, organizations and scientific societies have endorsed it.