Gravitational clustering of mass structures is a well-posed problem of out-of-equilibrium statistical mechanics represents a paradigmatic problem for the statistical physics of long-range interacting systems finding application in many different areas of astrophysics (globular clusters, galaxies) and cosmology (gravitational clustering in the expanding universe). Instead of relaxing to thermodynamical equilibria through two-body collisions as short-range interacting systems, these systems reach, driven by a mean-field collisionless relaxation dynamics quasi-stationary state (QSS), whose lifetime diverges with the number of particles. 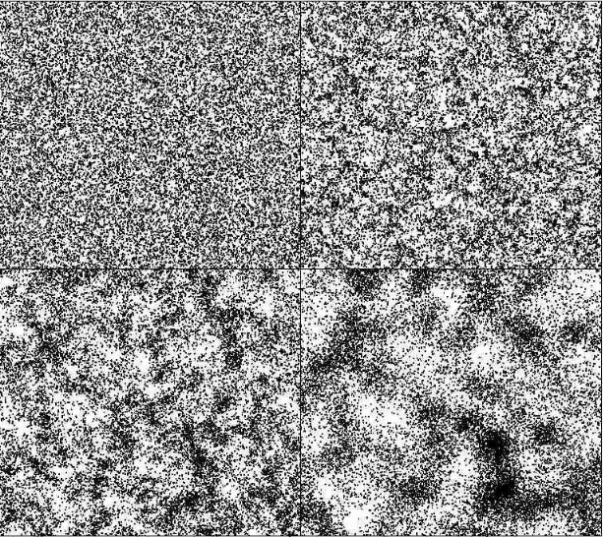 The formation of QSS is at present one of the most living subjects in non-equilibrium statistical physics, and a general theoretical framework for the understanding of their statistical properties is still lacking: it is thus necessary to consider simple systems that can be studied through numerical well-controlled experiments. We have adopted this perspective to study of infinite and finite self-gravitating systems.